The artist questions our relationship with the living and more particularly with trees.
Ash blight is a fungus-borne disease.  It first penetrates the leaves causing their wilting, then the dry leaves infect the base of the tree leading rapidly to the death of the tree by disruption of their root system and the circulation of sap. This disease is often accompanied by secondary pathogens. Fungi or insects that lay eggs under the bark and dig innumerable galleries accelerating the drying out and death of the trees.

The exhibition will be visible in July at BIZAR: an ephemeral art gallery managed by ESAAA, at the Nouvelles Galeries, 25 avenue du Parmelan in Annecy, as part of the project “Tout part de la matière” (Everything starts from the material) invented by the design studio Wondervision. Dedicated to young creation and promoting a short circuit art, the Bizar gallery relies on Bozar, a resourcerie that it manages with Bazar (Bazar sans Frontières – the insertion company well known by the Annecy inhabitants), also present at the Nouvelles Galeries.

In this Bizar gallery, month after month, you will be able to discover young artists who graduated from ESAAA and who work in the area. Their works are by turns spectacular and discreet, disturbing and seductive, critical and disturbing… and all have in common that they have appeared in delicate economies, which privilege the reuse of materials and limit to the maximum the extraction of new so-called natural resources. At least for this reason, all these exhibitions speak of the time we share: the time of climate overheating, the time of the obligation to rethink our modes of production, the time when we must reinvent forms and aesthetics to experience the contemporary.

The Bizar gallery is also a place to meet with multiple creators, during events or express showrooms. In connection with “Tout part de la matière”, it regularly welcomes craftsmen and designers.

Directly connected with the ressourcerie Bozar and the Bazar store, it also shows how creation takes place, from objects or materials recovered and reinvested with a new story.

The Bazar-Bizar-Bozar project intends to support another way of making art, inscribed in the fields of the circular and solidarity economy.

Exhibition subject to the opening hours of the Nouvelles Galeries

The artist proposes to work with the public on a participative and evolving work that will be exhibited at the entrance of the gallery.
Possible from the age of 6, this activity will combine drawing and linocut.
– Participation is free.
– Duration: half an hour per group. 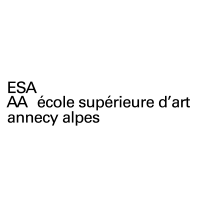